Things We Love: Seating for 4

A bridge group. A bunco table. Parents and their two kids. (And the dog, of course!)

We know what the song says about the world being made for two, but, if you ask us, it seems like it’s really made for four!

So when our friend Deana emailed about using four chairs in a room, we totally got what she meant. Four is just such a good number. We don’t know if you’ve noticed this, but it seems to us that, in rooms with couches and two chairs (because that’s pretty standard, right?) everyone is always fighting over the chairs!

So why not just scrap the couch altogether? The first house that Will and I bought was the cutest, tiniest historical home in New Bern, NC. I tried to cram this huge sofa into our smallish living room… Needless to say, it was a disaster. 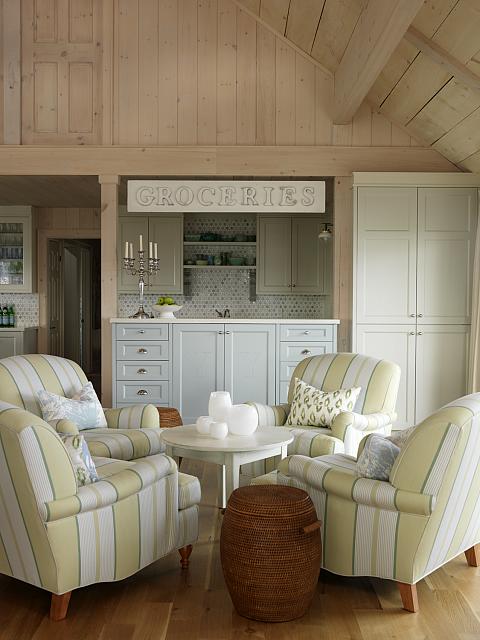 Sarah Richardson Design
The couch went back, (minus a beefy restocking fee) we replaced it with two more chairs, and Will has never let me live down what I can say was one of only a handful of pretty serious decorating mistakes.

But that four-chair seating arrangement was just right for that little living room, no matter what the couch and two chair majority says!

If I had seen all of these beautiful rooms, I probably never would have had to pay that restocking fee in the first place… But, you can’t cry over spilt milk. (Or couches.)

Four chairs give such openness and unity to a space. And make sitting around and chatting over morning coffee a breeze!

So, Deana, we hope these pictures have helped. They’ve certainly given us a newfound appreciation for the four-chaired room. (And we just realized we did four chairs in our Beaufort house!) So now, on yet another rainy day, we want to grab a cup of tea and curl up in a big, comfy chair!