It has been 118 days since we evacuated for Hurricane Florence, which means it has also been 117 nights since I have slept in my bed. (Not that I’m keeping track.) I am not complaining about this, as I have kept all my New Year’s Resolutions–one being not to complain to my family about being out of my house and y’all are my family–for EIGHT ENTIRE DAYS. I know. It’s probably a world record. I’m feeling happy and inspired because, praise the Lord!, the tearing out has been done for weeks, but the putting back together is actually starting next week!! So I’m told…

I’ll be honest: I’ve been a little meh about picking everything out, which is totally unlike me. But when you spent two entire years of your life taking a house from dilapidated to your dream home, and then, four years later, you’re doing it again, your tastes haven’t really changed that much. So it’s like, do I keep it all the same? Or do I change stuff that I really love? Fortunately, there’s Design Chic. And all the inspiration. And so, yesterday, I asked myself: He would pick himself up by the bootstraps, get a new vision together, and, you know what? He’d probably add onto the house too. (I can’t say that for sure, but, I mean, look at his work? Who wouldn’t want more of that?) 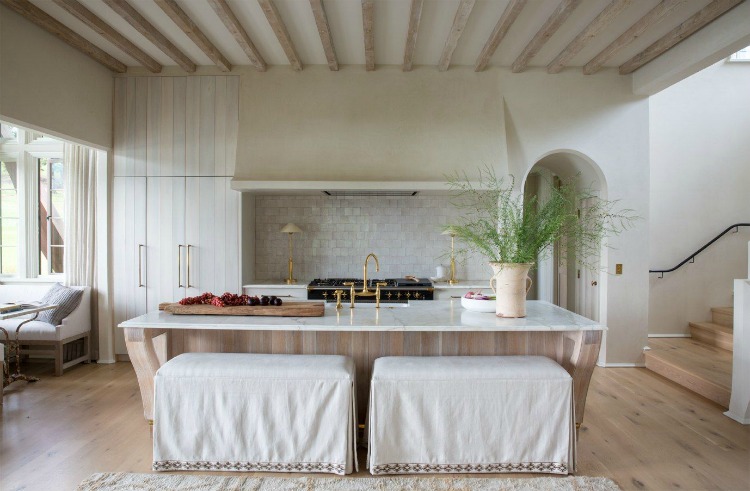 I may have been feeling less than inspired but, fortunately, Mom has been saving up her energy for when I was feeling inspired. She is one of those people who can look at rooms taken to the studs and 1.4 seconds later have found inspiration photos for exactly what the layout should be and corresponding photos for exactly what materials you should use and… Oh, and the freestanding tub that there has been, quite frankly, a lot of grumbling about? Also happening. Are you drooling over Dungan’s work like we are?

Thank you so much for making Design Chic a part of your day. We love it when you drop by!